The inaugural edition of Cincinnati Fashion Week ended on a high note last week, with a show for emerging designers at Suite at Blackfinn on Thursday and el grande finale (I like to mix French and Spanish—I call it Sprench*) fashion show Friday evening at the Hyatt.

I attended an AIGA event about the future of design on Thursday evening (possibly more on that later), but I arrived at the fashion show just in time to see the Lisa Malanij and Lindsey Lusignolo collections strut down the runway. There was a certain dichotomy on display: Lisa’s collection would surely look at home on the likes of punk-pop divas like Rihanna and Ciara, while Lindsey’s vintage-inspired flapper dresses and satin gowns practically cried out for Dita von Teese. Divergent styles, indeed.

I tried to keep going, but was so tired from a full day at work + the design event that I didn’t even bother to change out of my flats (me! in a club!)—I drank my Shirley Temple, took a few not-so-great photos, grabbed some Chipotle, and headed home.

I volunteered to work the VIP section, but things got a little wacky with the guest lists not being printed properly (was anyone else reminded of that “Kell on Earth” episode with the Chado dramz?), so I was recruited to man the VIP area in the main ballroom. I tried to focus on taking pictures and convincing myself that my shoes felt as good as they looked as I checked people’s wristbands, but it was all for naught.

Vendors were set up in the main lobby, and the line to get in was loooong.

The crowd waited (im)patiently for the show to begin, while the event hosts ham it up on stage.

I nabbed a seat early, but wound up spending most of the show on the floor at the foot of the runway with a few other photographers. People kept asking me if I was a photographer. I almost lied and said yes, but I figure I should at least get a real flash before I start telling that fib. 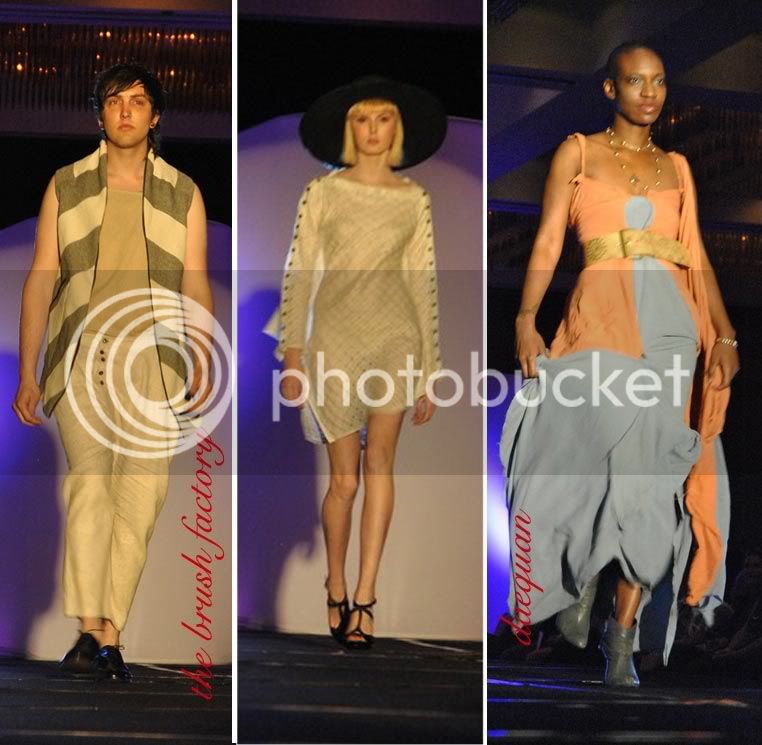 This vest and dress were my favorite pieces from The Brush Factory’s collection–which received enthusiastic applause, though their music was apparently changed sans notification–and I’ve already checked into having a custom version of the dress made. Hey, they had the flats right there!

Are you telling me that Lisa Malanij look isn’t perfect for a Ciara video? Emily, call her stylist stat!

David Meister’s collection was elegant and refined, as expected. My personal taste is much less so, but the dresses were lovely nonetheless.

I was too pooped to hit the after party (getting old…), so I finished** my wine, hopped on my bike (probably not the best idea since I was operating on an empty stomach), and wobbled my way home.

Any other Cincinnati Fashion Week attendees out there? What did you think?

*Or should it be Franish?
**By “finished,” I mean I drank half of the glass and left the rest behind. I’m kind of a lightweight.

Follow the Filters
I Got a New Attituuuude!
Lessons From Yoncé