Since last week, I:

Wore the new AllSaints top I bought in the sale. 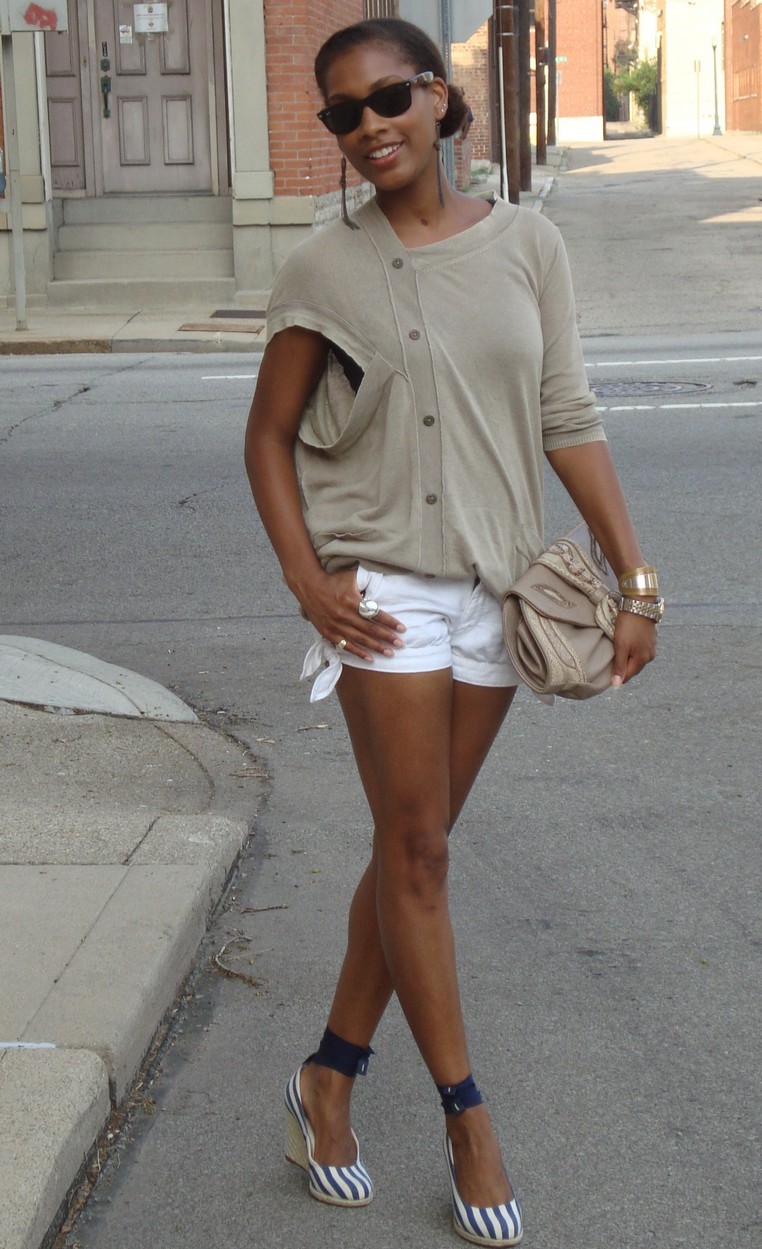 It is now officially known as my Gordon Gartrell.

Hit the Jodi Arnold event at The Limited.

Due to underestimating traffic (I don’t know how I did the rush hour thing every day), I missed the fashion show, but did manage to snag the tunic I wanted as well as one or ten of the little cake hors d’oeuvres that were being passed around. Win-win as far as I’m concerned. 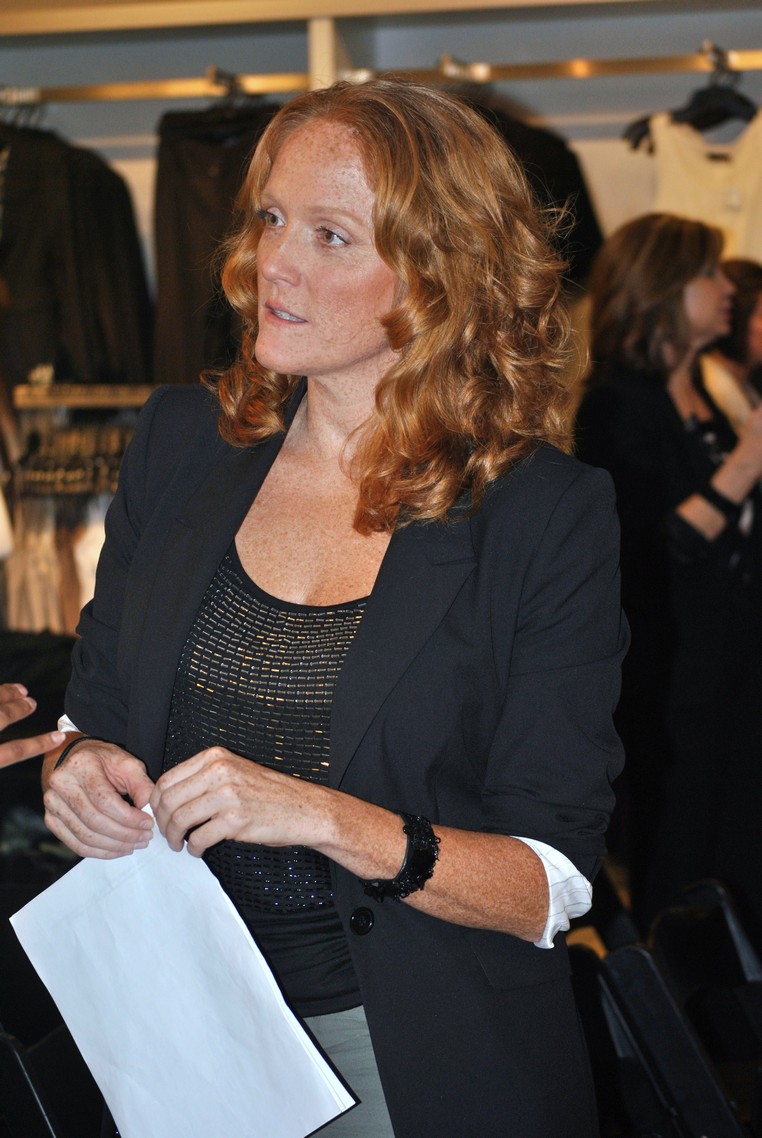 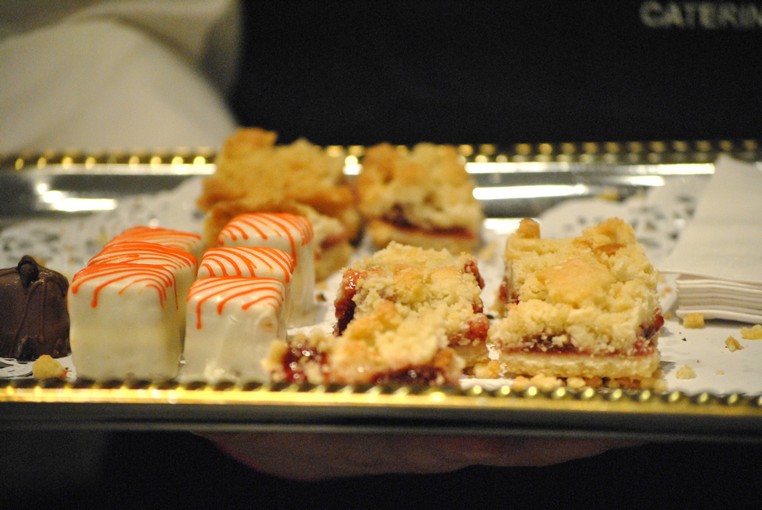 I’ve had two gray hairs since I was about 8 years old, and I used to be able to pinpoint their location with GPS-like precision. Since I stopped straightening my hair, it’s not easy to find anything in there, so I’m not sure if it’s a new gray or one of the old ones. Hmm…

Tried the new butter tart at The Bistro.

Doesn’t the name just sound like a good idea? Butter. Tart. How can you go wrong? The tarte tatin used to be my fave, but the gooey caramely-ness of this new concoction has just earned its own place in my dessert-lovin’ heart. 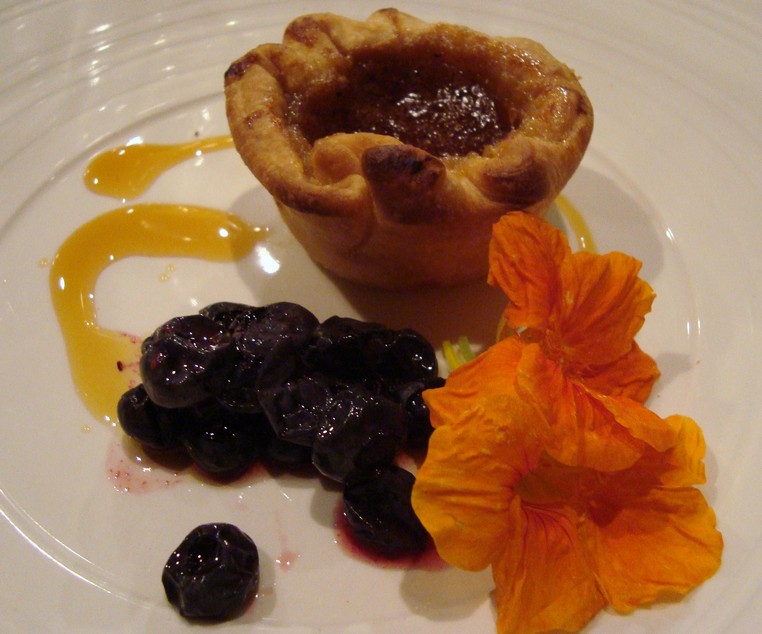 Hemmed a pair of my own pants!

I got motivated and learned how to do a basic catch stitch from this YouTube video:

Now that I think about it, I can’t remember the last skill I learned that didn’t involve a YouTube tutorial–god forbid I pick up a book and get some learnin’ the old fashioned way.

I got out my tape measure, needle, thread, scissors, even a seam ripper ’cause I was serious about getting the job done! One leg at a time, I carefully measured, cut, ripped, and stitched by hand. This was the result: 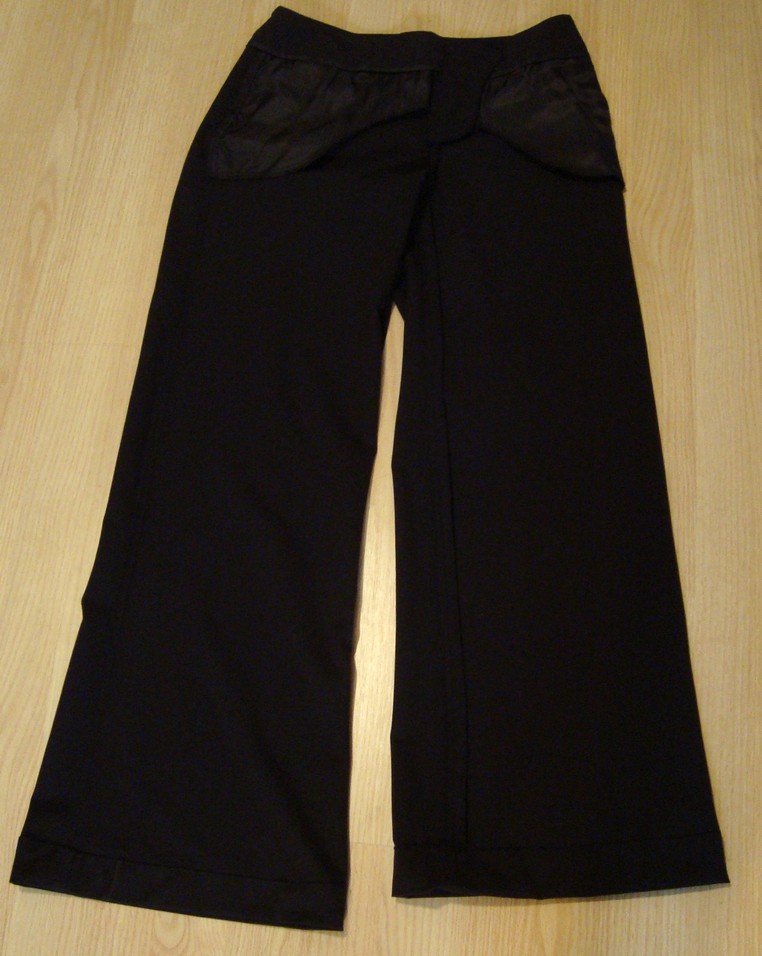 Seriously, one leg was a full inch  shorter than the other. Ha! There goes my career as a tailor…

Who knew they were so inexpensive? I’m feverishly searching for random items to glue together at this very moment. As soon as I can think of a good reason to add feathers to my plastic plants, it’s on.

What have you been up to?