Thanks to the internets, it’s easier than ever to follow what’s happening on and off the runways during New York Fashion Week. Besides the usual pictures and reviews and street style snaps, video is making me feel like I’m in the front row, albeit in sweats instead of Suno. In particular: YouTube’s Live From the Runway. 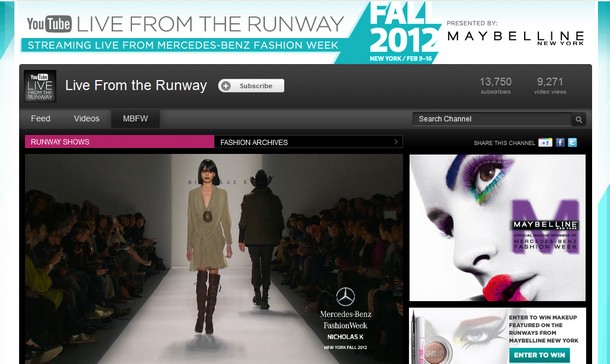 What’s your favorite way to keep up with the shows?

The Greatest Voice of All

On a much sadder note, RIP to (another) one of the singers whose music helped define my childhood. People used to say I reminded them of Whitney Houston fairly often back in the day (my usual reply: “I’m EVERY woman”) and though I knew she was at least 27 times more beautiful than me, I took that ish to heart and tried to replicate her hair styles and makeup as much as I could.

Thanks to Ms. Houston, I nearly wore out my pre-pubescent vocal cords trying to hold that last note from Greatest Love of All, daydreamed about wearing a beaded headdress while performing I Have Nothing instead of listening in algebra class, and chased boys around the playground while You Give Good Love played on a boombox in the background. Shoot, it was just a week ago on Superbowl Sunday when I clicked over to YouTube to watch that 1991 performance of the National Anthem–not that Kelly Clarkson wasn’t good, she just didn’t move me like Whitney did.

Now, off to Netflix The Bodyguard and Waiting to Exhale while weeping softly into my plate of nachos…