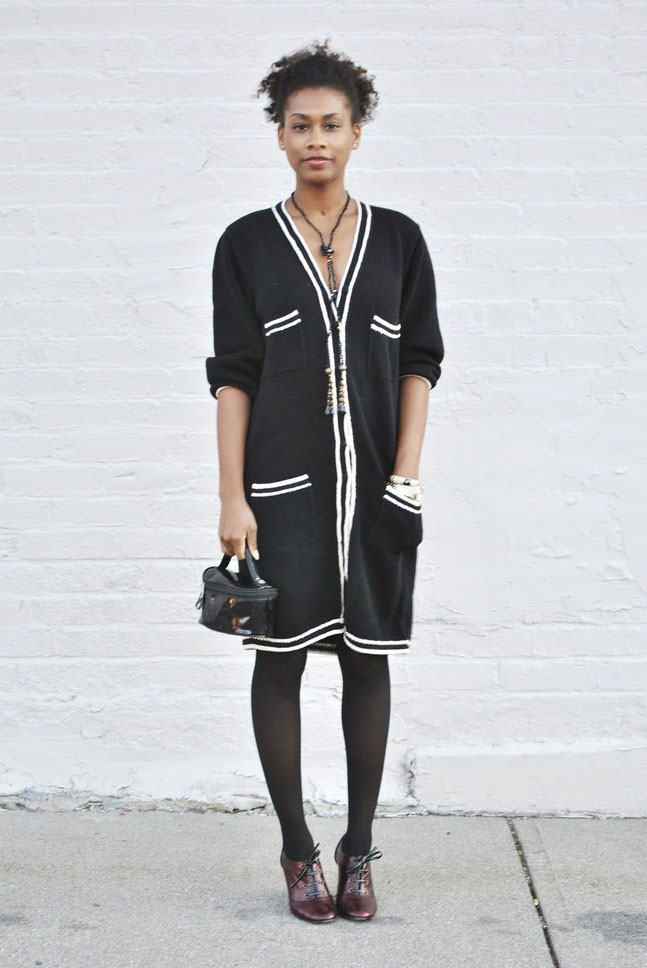 I’m feeling all mature and klassy (hence the Chanel-y sweaterdress), so the following is a dose of wise-yet-unsolicited advice: 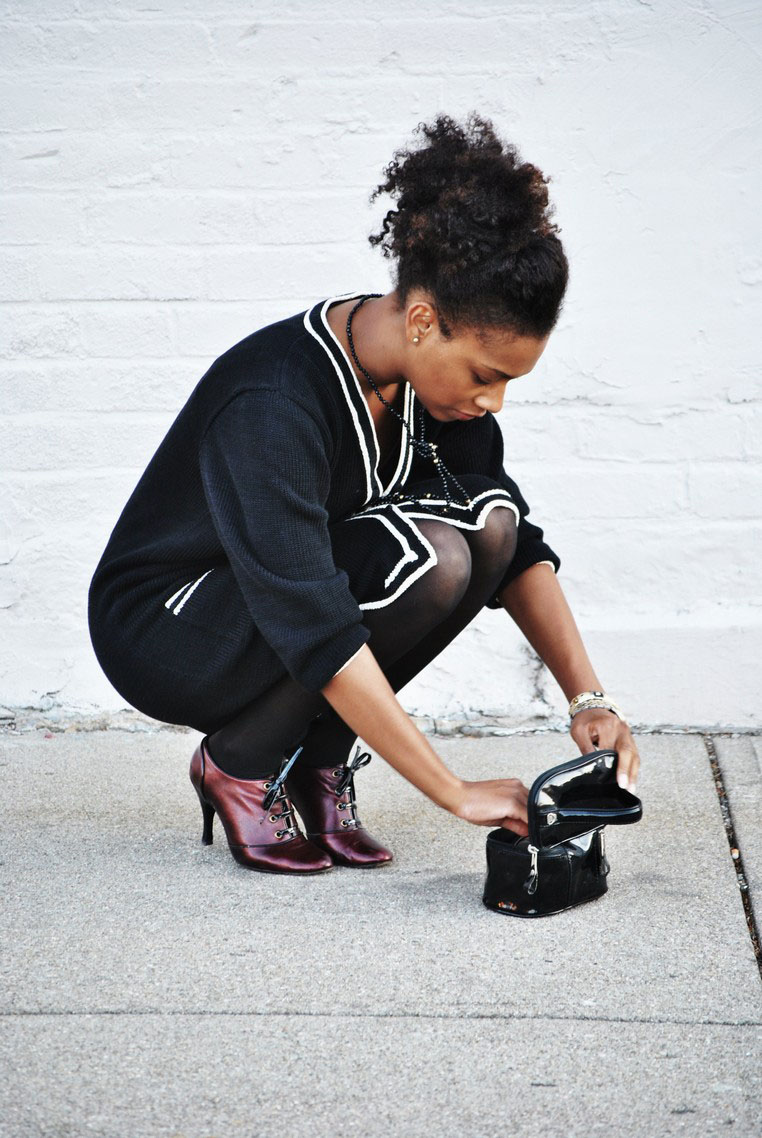 For example, I bought this little purse from a street vendor in Paris during a trip to France when I was 17. It  could have been purchased at any Rave store** circa 1997, and now it barely holds my keys and cell phone, but it’s a tangible reminder of a time when I was young/stupid/spoiled/happy.  Now I’m much smarte…well, I ain’t young. 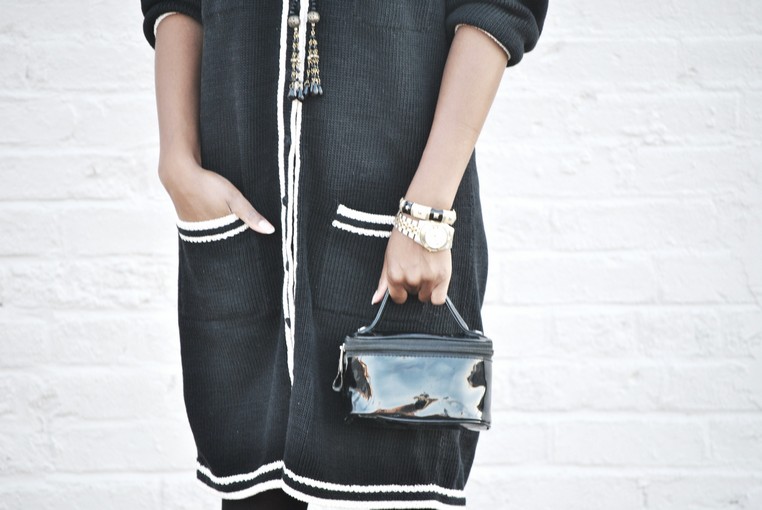 Have a great weekend!

*There are certain shoes you can wear to walk/stand/generally function as an adult but only for a certain amount of time. Y’all know what I mean.

**Rave was the trashtastic precursor to Forever21 and its ilk. Don’t front like you never bought sheer poly-blend blouses and stretchy lightning-wash jeans there…Much like everyone does now at F21.