After trying to decide on a Halloween costume for the better part of a month, Saturday morning came and went and I was no closer to making a decision. I’d spent a good part of the morning brushing and trimming my hair while humming a completely off-key version of “Voodoo Child (Slight Return)” when the idea hit me: 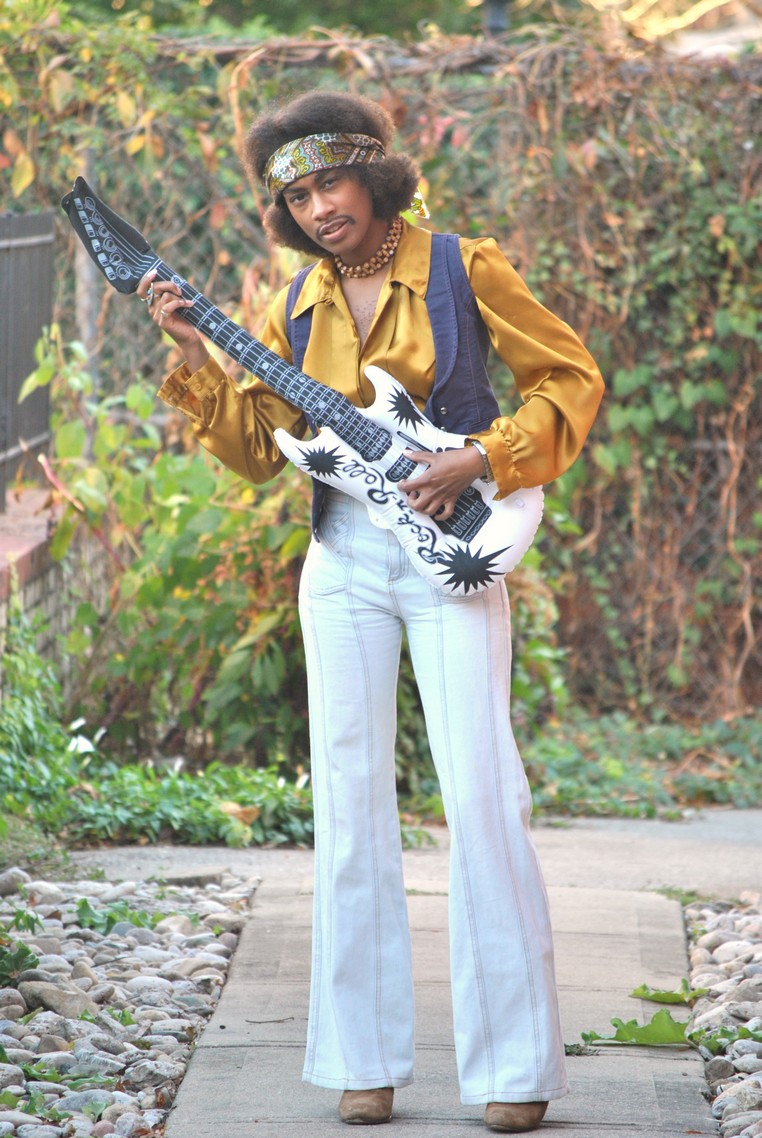 I dug through my closet and found I already had everything I needed for the costume: those bell-bottom jeans, that scarf I always wear, a forgotten vest, and a thrifted blouse and boots. The rest was easy–just hair (mine) and eyeliner pencil (also mine). 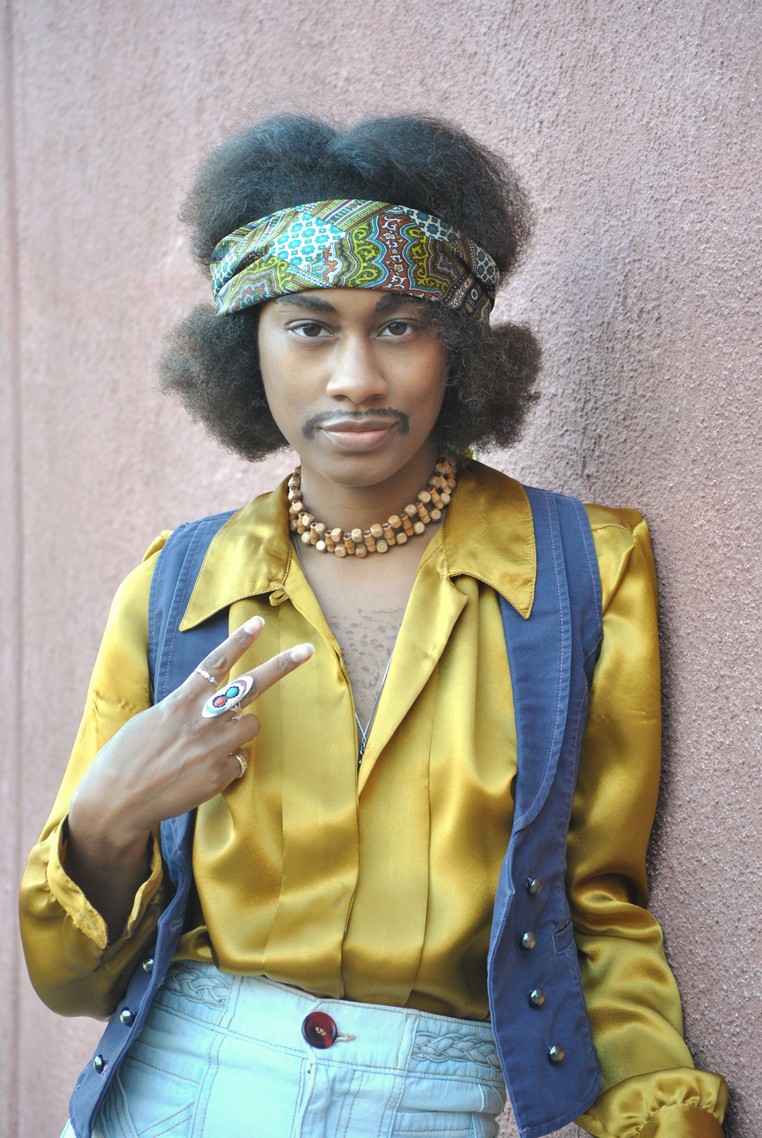 I even added a little chest hair for good measure. It’s all in the details, folks.

FriendBoy and I headed to a Halloween party Saturday night, where I encountered Old Spice Guy (aka The Man Your Man Could Smell Like), El dia de los muertos, several enviably large-bosomed wenches, and a dude dedicated enough to make his own medieval-style chain mail (take that, Luxirare)! Unfortunately, I left my camera battery at home, so you’ll just have to use your imagination. 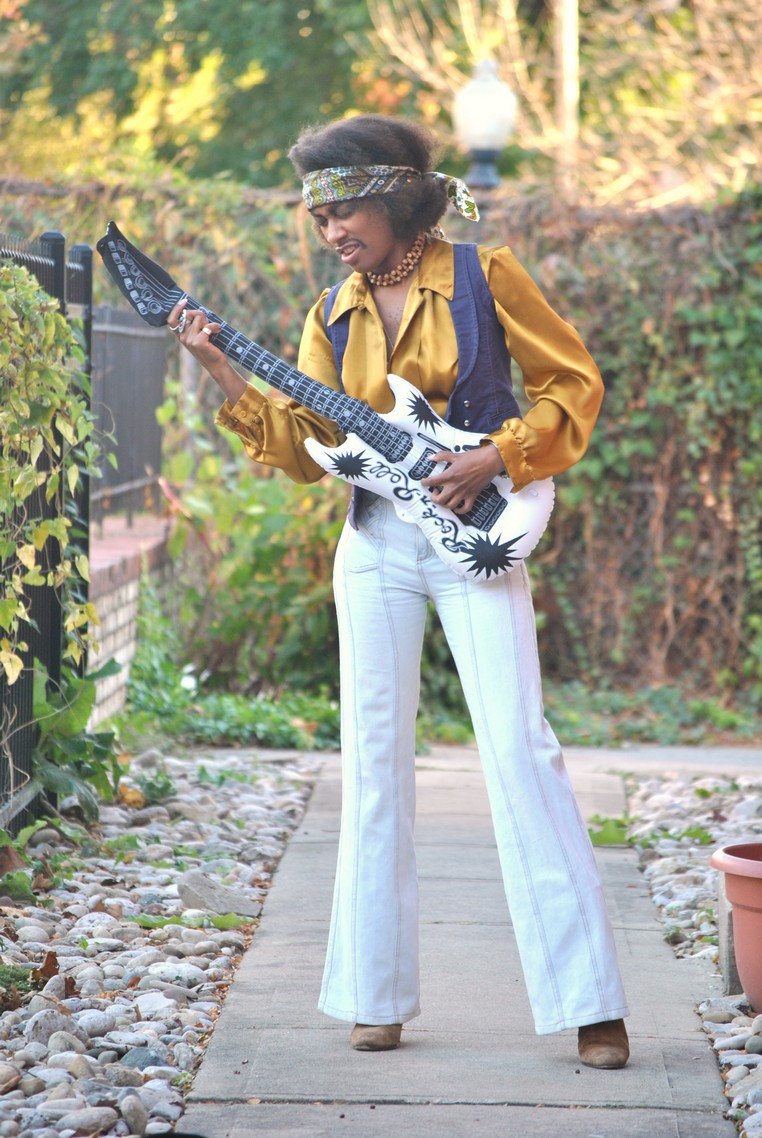 Now that I think about it, this is, like, the 5th year in a row I’ve dressed up as a famous dude. I like to step as far out of my zone as possible on Halloween–I’m a woman every day (obvs), so dressing up as a female isn’t much of a change. I dress like a hoe whenever the mood strikes me, so there’s no pent-up desire to dress as a sexy witch/squirrel/cost accountant. Plus, being a well-known rocker guy with big hair is just more fun!

How was your Halloween weekend? Did you dress up?